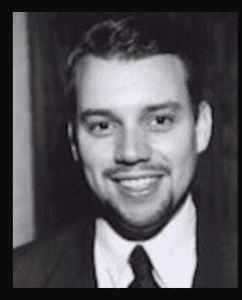 Bart Haggerty has served as Director of Music Ministry at St. Gregory the Great since 2006. He directs the Adult Choir, Junior Choir, and Chamber Singers, and oversees the Contemporary Ensemble and a staff of musicians, in addition to serving as the principal organist.

Prior to coming to St. Gregory’s, Mr. Haggerty served for nine years as the Director of Music at Our Lady of Mercy Church, Forest Hills. He also spent six years as a faculty member at Dominican Academy High School (Manhattan) as a teacher of music and drama as well as campus minister and choral director. He has also previously served as music teacher at Our Lady of Mercy and Our Lady Queen of Martyrs Schools (Forest Hills), as well as Director of Music for two Catholic Parishes in the Diocese of Syracuse (New York).

An accomplished tenor, Mr. Haggerty has served as cantor for a number of Brooklyn Diocesan events, as well as for the televised weekday Mass for the Cathedral of St. Agnes in Rockville Centre, and as organist for the televised weekday Mass for St. James Cathedral-Basilica, Brooklyn. He has also appeared as a tenor soloist with the Vicariate Choir of the Diocese of Brooklyn.

Born in Rockaway and raised in Forest Hills, Mr. Haggerty is a life-long resident of Queens. He attended St. Francis Preparatory High School (Fresh Meadows); Colgate University (Hamilton, NY), where he studied music (voice and organ performance, and choral music) and theater; and the Graduate School of Education at New York University (New York City), where he studied the Kodaly method of music education.

Mr. Haggerty is an active member of several professional organizations, including the Director of Music Ministries Division of the National Association of Pastoral Musicians and the American Guild of Organists (Queens Chapter). He is also the founder and past president of the New York City Chapter of Choristers Guild and has also served on the board of the Kodaly Organization of New York, coordinating their annual children’s choral festival